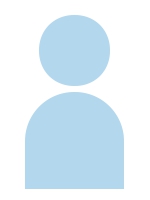 I joined the Sociology Department in the Fall of 2007 upon completing my doctorate at Texas A&M University.  Prior to the doctorate, I studied mainly at community colleges on and off for 18 years to earn my undergraduate degree.

Bonilla-Silva, Eduardo and Karen S. Glover. 2004. “’We Are All Americans:’ The Latin Americanization of Race Relations in the United States.” Book chapter in The Changing Terrain of Race and Ethnicity, edited by Maria Krysan and Amanda E. Lewis. Russell Sage. New York.